Diversity of first phase uptake branded ‘disappointing’ as just 3% are from Asian backgrounds.

More than 112,000 people have signed up to the trials, but 94% of the volunteers so far are white. Photograph: David Cheskin/PA

The NHS is launching a fresh attempt to recruit tens of thousands of volunteers from British Asian communities to its coronavirus vaccine trials following a “disappointing” uptake in the first phase.

The government’s vaccines taskforce announced on Monday that more than 112,000 people had signed up for trials which could begin as soon as next month.

However, only 3% of the volunteers were from British Asian backgrounds, said Dr Dinesh Saralaya, one of the directors of the recruitment programme, describing the low uptake as “very worrying”.

Saralaya, a consultant respiratory physician, said the researchers needed to do more to reach communities who may not speak English as a first language or watch mainstream television news and may be unaware of thevaccine trials.

“It’s very important that we dispel the myths in the Asian community that vaccines are going to be harmful,” said Saralaya, who runs a National Institute for Health Research patient recruitment centre in Bradford.

“It’s perfectly safe. They are very, very closely monitored and there are very strict protocols. The standard of care is in fact better than what you would receive outside of a trial [and] the side effects are very, very minimal.”

A targeted recruitment programme broadcast in Urdu, Gujarati, Punjabi, Bengali and Polish is to be launched, while respected community leaders will be used to spread to message to harder-to-reach neighbourhoods.

Saralaya, who said he had treated more than 900 Covid-19 patients in Bradford since March, said he was “very disappointed in the uptake in the big areas likeManchester, Oldham, Rochdale, Burnley, Bradford, Wakefield, Dewsbury.” He added: “We need to be encouraging these large Asian populations to sign up. We need a vaccine for these populations because the vulnerable populations sits within these ethnic minorities.”

Of the 112,104 volunteers who have signed up for the trials since 20 July, 94% were white. One in 10 of the volunteers work in health and social care, while a third are classed as frontline workers who have face-to-face contact with people due to their job.

The UK government has signed deals for up to 340m doses of six potential coronavirus vaccines, making its stockpile one of the world’s biggest. Members of the public can sign up to take part in clinical trials of the experimental vaccines.

Professor Chris Whitty, the chief medical officer, said he was grateful to the 112,000 volunteers who had signed up so far and urged more people to come forward. He said: “The more people who volunteer to take part, the more likely we find an answer to whether any vaccine is effective.

“Having 100,000 volunteers in just four weeks shows the selflessness of the public and is testament to the speed of work done by the vaccines taskforce, National Institute for Health Research and others to make signing up possible. I urge people to continue to sign up. It is important that we have people from different backgrounds and ages as volunteers, so that the vaccines that are developed work for everyone.” 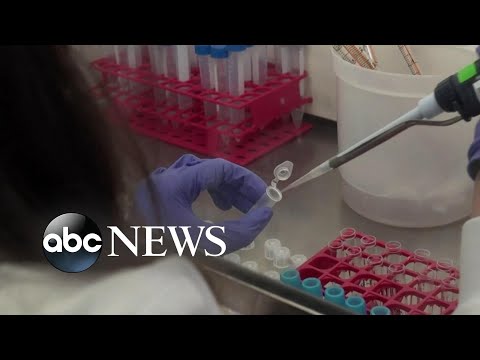