Science’s COVID-19 reporting is supported by the Pulitzer Center and the Heising-Simons Foundation. 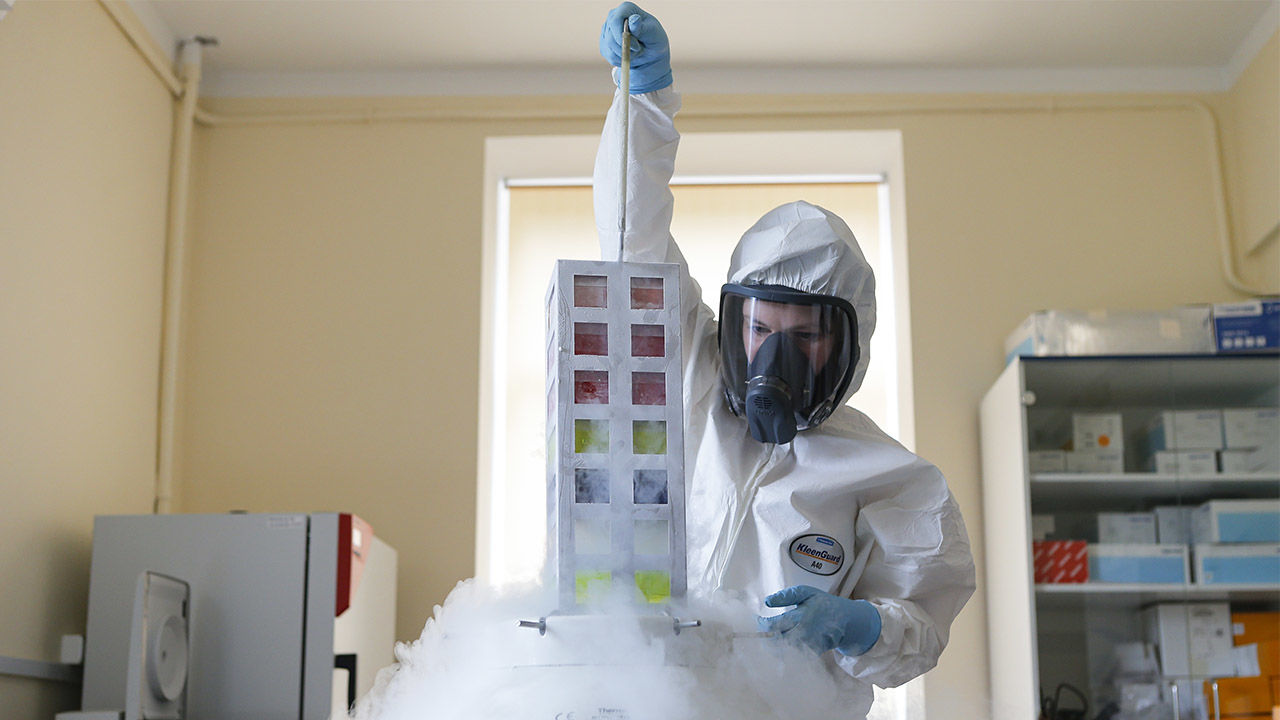 When President Donald Trump accepted his party’s nomination for another term last night at the Republican National Convention, he pledged that the push by his administration’s Operation Warp Speed to deliver a COVID-19 vaccine would succeed “before the end of the year, or maybe even sooner.”

That promise concerns many vaccine veterans. They worry that political forces—the U.S. presidential election on 3 November, nationalistic pride to “win” a race, the need to resuscitate economies—could lead to premature and dangerous approvals under mechanisms such as the emergency use authorization (EUA), a pathway used by the U.S. Food and Drug Administration (FDA) to allow rapid access to diagnostics, treatments,  and vaccines. Long a bastion of regulatory rigor that many other countries look to for guidance, FDA has been criticized for issuing EUAs for two COVID-19 treatments, convalescent plasma and hydroxychloroquine, based on scant data and apparent political pressure. (The hydroxychloroquine EUA has since been revoked.) Paul Offit, a pediatrician at the Children’s Hospital of Philadelphia who is a member of a group that advises FDA about its vaccine decisions, suspects the Trump administration might seek a COVID-19 vaccine EUA before the elections and say: “We Warp Speeded our way to a vaccine.”

China and Russia already have approved limited use of COVID-19 vaccines outside of clinical trials, offering baffling—and sharply criticized—rationales. In the United States, Operation Warp Speed, as its name implies, hopes to move vaccine candidates forward more quickly than ever before. It has invested more than $10 billion in developing eight different COVID-19 vaccines, with much of that money pre-purchasing hundreds of millions of doses so they will be at the ready if an FDA approval comes through. Three of the Warp Speed-backed vaccines have entered efficacy trials, and one manufacturer has pledged to start delivering the first of 300 million doses as early as October—though one person close to Operation Warp Speed says, “There won’t be enough vaccine in October to create anything other than a news story.”

FDA officials have insisted they have “unwavering regulatory safeguards” and will not cut any corners. “The acceleration is really around taking financial risk [with regard to] the development process,” FDA Commissioner Stephen Hahn said at a U.S. House of Representatives committee hearing about the country’s COVID-19 response in June. “We will rely upon data and science when it comes to that decision about an EUA.”

Peter Marks, who runs the FDA division that oversees vaccine approval, has vowed that he would resign if the Trump administration pushed through a vaccine that was not clearly safe and effective. And he insists that FDA will consult with the Vaccine and Related Biological Products Advisory Committee (VRBPAC), which Offit sits on, to publicly discuss data related to any approval request. “Approval should be something that we can make transparent, and to do anything less than that is really a disservice to people,” Marks says. VRBPAC’s next meeting is scheduled for 22 October, 12 days before the presidential and congressional elections.

Science spoke with a range of researchers and regulators about how a COVID-19 vaccine approval might be accelerated and the potential consequences.

After initial laboratory and animal tests, vaccines enter phase I human trials that typically have about 20 to 100 people and primarily analyze safety and immune responses. Phase II studies are larger versions of phase I trials. Phase III studies attempt to determine whether a vaccine works by comparing people who receive it with those who are given a placebo shot and, over several months or years, seeing how many in each group get infected. For COVID-19 vaccines these trials involve anywhere from 10,000 to 60,000 people and will need a total of about 150 cases of disease to determine whether a candidate works. Once the trial endpoints are met, a vaccine developer seeking FDA approval would file a biologics license application; VRBPAC would review the data at a public meeting, then vote on whether the vaccine should receive approval—a recommendation FDA normally follows. The approval process, which involves inspecting the vaccine’s manufacturing plants, can often take 1 year.

How does an EUA work?

An EUA in the United States, and similar regulatory pathways in many countries, allows use of an unlicensed vaccine outside of a clinical trial. The EUA could stipulate the use of the vaccine in a limited population, for example, health care workers or the elderly. Or it could be for the general population. An EUA offers liability protections to vaccinemakers, and it remains in effect as long as there is a public health, military, or national security emergency. When the emergency ends, so does the approval.

What safety and efficacy evidence would FDA require before issuing an EUA?

FDA issued a “guidance for industry” in June that says any emergency decision on a COVID-19 vaccine would be based on factors such as “the target population, the characteristics of the product, [and] the preclinical and human clinical study data.” The guidance specifies that FDA will only approve an EUA for a vaccine that has at least 50% efficacy. But estimates of efficacy have error bars of sorts; for a COVID-19 vaccine, FDA wants 95% confidence that efficacy is no lower than 30%. The decision to consider an EUA request would likely be based on data reviewed by the independent boards, set up by the vaccine’s sponsors or clinical trial investigators, that monitor safety and efficacy during the study.

What harm could an EUA do?

Public Citizen, a public advocacy group, has argued that regardless of whether a COVID-19 vaccine is effective, an EUA could fuel existing vaccine hesitancy. “The ‘logic’ of saving several months by a faster but riskier EUA pathway will surely be outweighed by the loss in public confidence in the vaccine, accompanied by decreased willingness to be vaccinated,” Public Citizen warned in a 6 August letter to Marks and his superiors. An EUA for a vaccine might also make it more difficult to recruit people for clinical trials of that vaccine and others, because participants might not want to take the risk of receiving a placebo when they can get a shot of a product that’s authorized for use.

What if the vaccine doesn’t work well or causes harm?

Vaccines go into healthy people, so putting them into use before fully assessing their risks and benefits is a bigger gamble than issuing an EUA for an experimental treatment for someone already ill. If a hastily approved COVID-19 vaccine candidate proves ineffective or has serious side effects, confidence in what many see as the best hope to ending the pandemic could plummet. The Solidarity Vaccines Trials Expert Group of the World Health Organization (WHO) argued in an editorial published in The Lancet yesterday that a weakly effective vaccine could actually worsen the pandemic if it induced authorities to relax control measures, such as mask wearing, or if vaccinated people believed they were immune and increased their risk-taking behavior.

Has an EUA ever been used for a vaccine?

Yes. In 2005 FDA granted an EUA for an anthrax vaccine for people who the military determined were at high risk of attack from anthrax used as a biological weapon. The episode provoked lawsuits claiming there was no evidence that the vaccine, which the military required soldiers to get, worked against the type of inhalational anthrax used in bioweapons. A judge ruled in favor of the plaintiffs, but by then the vaccine had become voluntary.

What’s the difference between FDA’s expanded access program and an EUA?

Typically expanded access, also called compassionate use, covers treatments, not vaccines, in the United States. It’s for individuals who have a life-threatening condition and no alternatives or for small groups of sick people when a treatment has promising evidence but efficacy has not been proven yet. Anyone who receives the experimental medicine signs an informed consent form, and institutions that provide it have to seek permission from FDA, submit a protocol, report adverse events, and do continued safety monitoring. An EUA eliminates these requirements. FDA allowed nearly 100,000 people to receive convalescent plasma through expanded access—an unusually large instance of compassionate use—but last week granted an EUA that proponents said would cut paperwork. The Democratic Republic of the Congo used its own expanded access regulation to allow more than 300,000 people to use an unlicensed Ebola vaccine.

Does Europe have a similar emergency approval process?

The European Medicines Agency (EMA) can issue “conditional approval” for a vaccine during a pandemic. Under a rolling-review process, companies continue submitting data as they becomes available. The United Kingdom, which will be leaving the EMA’s authority because of Brexit, today issued a consultation for public comment on how its regulatory agency might issue its own temporary authorization of an unlicensed COVID-19 vaccine.

How did China and Russia speed approval of their COVID-19 vaccines?

China on 25 June gave CanSino a 1-year approval to use its COVID-19 vaccine in the Chinese military, although there is no evidence beyond statements by company officials that anyone has received it. On 22 July, China also allowed Sinopharm’s China National Biotec Group Company to give its COVID-19 vaccine to health care workers, customs workers, and others in “high-risk” professions. Both vaccines are still in phase III efficacy trials. CanSino also reportedly is in discussion with regulators in Pakistan and unnamed Latin American countries about early approval of its vaccine.

Russia’s Gamaleya Research Institute of Epidemiology and Microbiology in Moscow on 11 August received a “registration certificate” to give a COVID-19 vaccine to what a Ministry of Health spokesperson described as “a small number of citizens from vulnerable groups,” including medical staff and the elderly. Dubbed Sputnik V, a clear reference to the U.S.-Soviet space race, the product is billed as “the first registered COVID-19 vaccine.” The registration says it cannot be used widely until after 1 January 2021, but President Vladimir Putin said, “I hope we can start a massive release of this vaccine soon.”

Many countries do not have strong regulatory agencies. How do they decide whether to use a COVID-19 vaccine that is not licensed?

WHO has what it calls an Emergency Use Listing, which many low- and middle-income countries have relied on in the past. “We can give a benefit/risk decision on a product and specify the conditions under which it should be used,” says Emer Cooke, director of WHO’s Regulation of Medicines and other Health Technologies. “We act like a regulatory body, but we’re not a regulatory body.” Cooke, who recently was elected to head EMA later this year, says their job is especially complex now because of the flood of COVID-19 vaccine candidates and the intense pressure to find one that is safe and effective. “I think we are seeing more political influences now than we would normally see,” she says.