Six of the most promising treatments for Covid-19 so far

While a cure-all drug or therapy is a long way off, there have been some breakthroughs 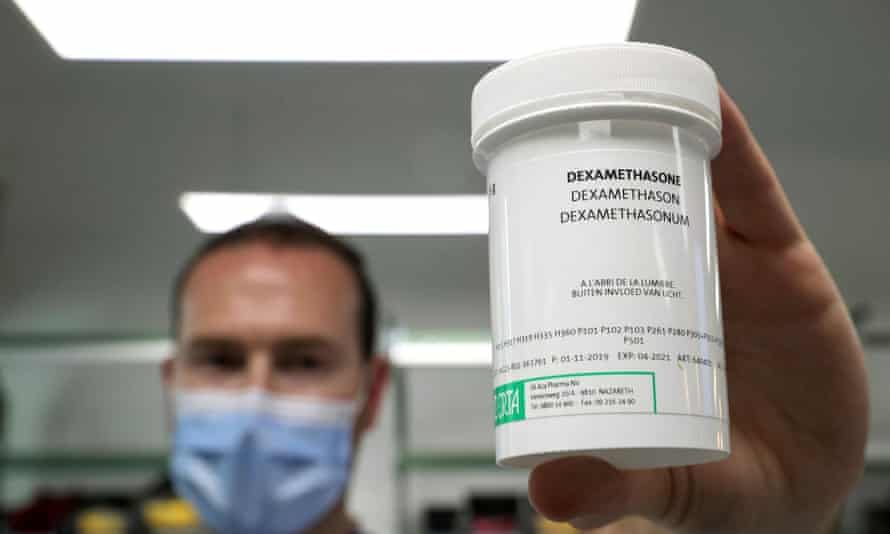 Many different drugs and therapies are being trialled and used on patients with Covid-19. There are some positive results, which may be beginning to bring the hospital death toll down, but there is still a long way to go towards something that will cure all comers. These are some of the most promising.

This is the success story – a very cheap drug, in plentiful supply around the world – that has been shown to save lives. The low-dose steroid was responsible for the survival of one in eight patients on ventilators during the Oxford University-based Recovery trial. The results were announced in mid-June and the steroid is now standard treatment for the sickest patients. The data is reliable because it comes from the biggest randomised trial of Covid-19 treatments in the world, involving almost all hospitals in the UK. Dexamethasone has been around for 60 years, so is out of patent and cheap.

This is plasma containing antibodies to the virus collected from people who have recovered from Covid-19. Donald Trump has become an enthusiast, as the US presidential election campaign picks up, announcing emergency authorisation for the treatment, which he claimed could prevent 35% of deaths. Although convalescent plasma has been successfully used to treat other diseases, most experts still say there is insufficient evidence from trials as to how well it works and on which patients. NHS Blood and Transplant is appealing for Covid-19 survivors to donate their plasma for trials that might benefit patients.

The drug has been authorised for emergency use in the US, India and Singapore and approved in the European Union, Japan and Australia for use on people with severe symptoms. It’s an expensive drug, made by the US company Gilead Sciences, originally for hepatitis C, which it was ineffective on. It was then repurposed for Ebola. In Covid-19, it appears to shorten the length of an average hospital stay from 15 to 11 days, but it is not clear whether it has a dramatic effect on reducing deaths.

A number of anti-inflammatory treatments are being tested to see if they can help. The coronavirus attacks the immune system, which leads to inflammation. Tocilizumab, an antibody normally used to treat rheumatoid arthritis, is given by injection to block the inflammatory protein IL-6. Patients given the drug during the serious Covid-19 outbreak in Italy in March appeared to benefit and were less likely to end up on a ventilator or die. But the numbers were relatively small and this was an observational study, not a randomised trial set up to judge the outcomes of people with and without the drug. The Recovery trial is also investigating Tocilizumab.

Scientists think people on medication because of their blood pressure would be well advised to stay on it. A paper from the University of East Anglia found that the risk of critical illness or death from Covid for people with high blood pressure was found to be significantly lower if they were taking angiotensin-converting enzyme inhibitors (ACEi) or angiotensin receptor blockers (ARB). That does not mean those drugs would be helpful to anyone with coronavirus infection who does not suffer from high blood pressure.

A small study from scientists at Southampton University suggests that an inhaler containing the drug interferon beta, used to treat multiple sclerosis, could be effective. The three academics behind it, who formed a spin-off company for their product in 2004, became paper millionaires when they announced the results of their trial on Covid-19 patients in July. The trial involved just 101 patients at 9 hospitals. Those inhaling the drug left hospital sooner and were more likely to recover, but the data was not published in full. Larger trials are needed.

“There is a big difference between encouraging early results and definitive evidence that transforms clinical practice,” commented Martin Landray, professor of medicine and epidemiology at Oxford University and one of the leaders of the Recovery trial at the time.

How does COVID-19 affect climate change?