Coronavirus: Belgian zoo comes back to life from lockdown 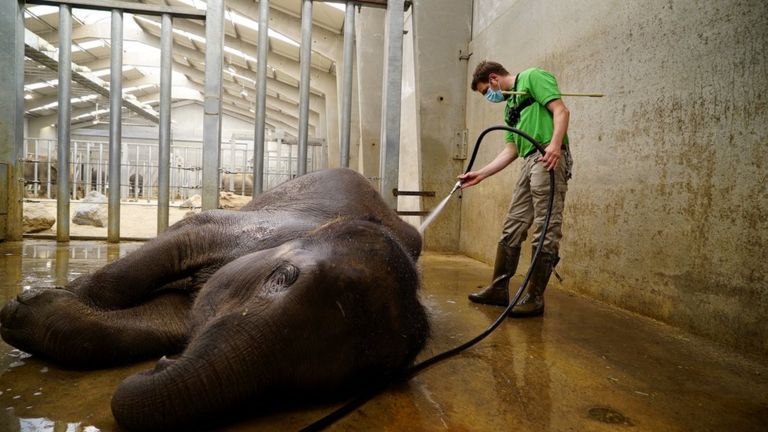 If you didn’t know better you’d swear the elephants at the Park Pairi Daiza zoological gardens held a morning meeting. They line up with extraordinary discipline and precision on a keeper’s word of command and then dissolve into a friendly huddle.

It is a ritual that has played out without an audience every day since Belgium went into lockdown at midnight on Friday 13 March.

Now the park, its name is derived from the Ancient Persian concept of paradise as a harmonious garden, is slowly emerging from confinement, as it’s known in French. 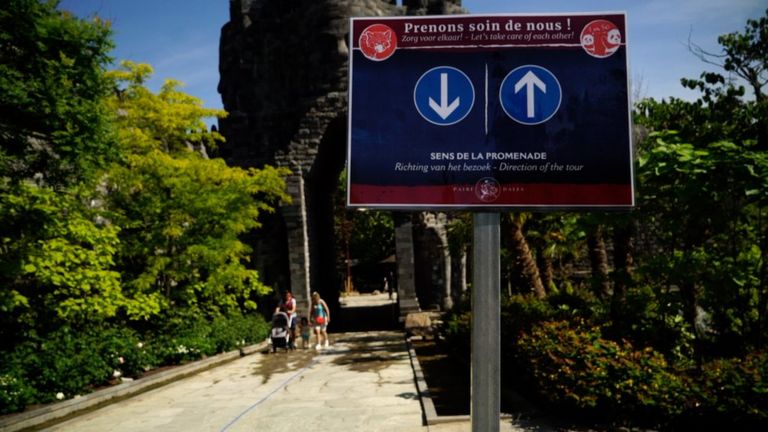 The process will be slow and gradual.

At first there’ll be a maximum of 5,000 visitors instead of the 30,000 the park is capable of welcoming. They’ll wear masks, they’ll socially distance and they’ll follow carefully marked one-way pedestrian walkways.

All European governments are struggling with the issue of how far and how fast to unwind the lockdown. 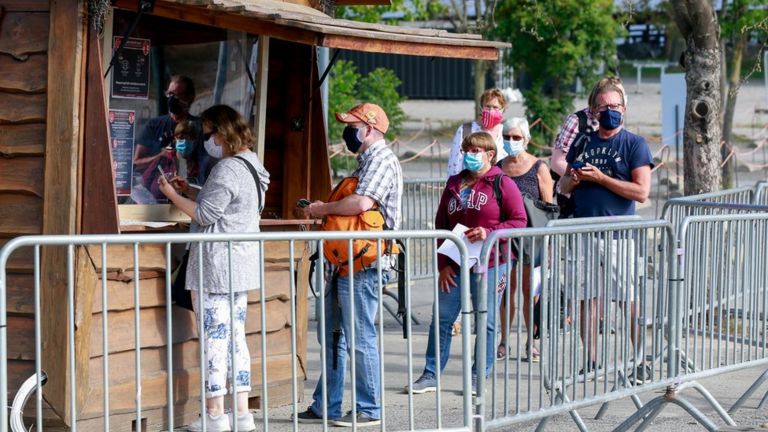 But zoos were among the first tourist attractions to reopen in many countries, including Denmark and Germany. Now they are reopening in France, Italy, the Czech Republic and some Spanish regions too.

The sudden shutdown demonstrated the difficult economics of zoo-keeping – even for an institution like Pairi Daiza, which has benefited from huge investment and has twice been voted European Zoo of the Year. 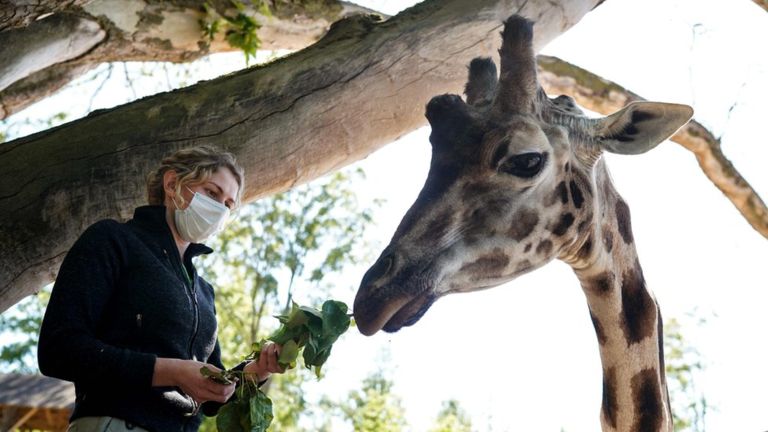 Zoo spokesman Mathieu Godefroy put it like this: “Life goes on inside a zoo and it cost a lot of money if there are no visitors to pay for it.

Zoos have high fixed costs. Even when lockdown reduced revenue to zero the animals had to be fed and the keepers paid to care for them. 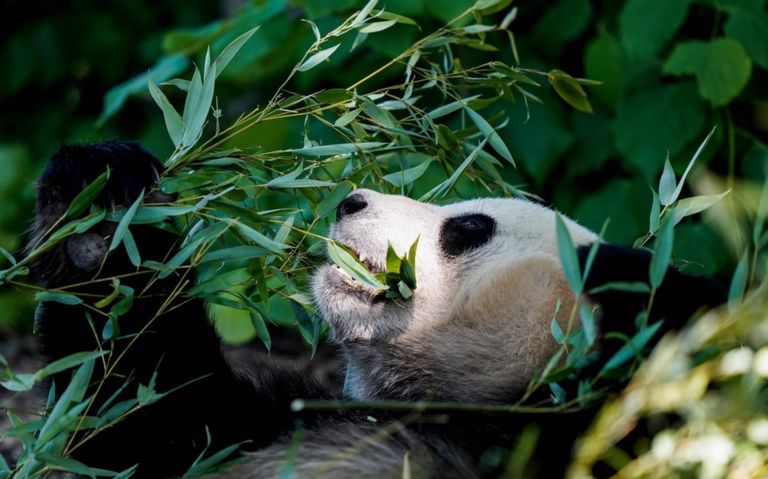 Being allowed to reopen at reduced capacity is helpful to zoos but offers little comfort to the operators of theme parks. There’s no economically viable way to apply social distancing rules to a rollercoaster.

Among the first wave of visitors were families with small children mesmerised by the opportunity to be out in the fresh air and the bright spring sunshine.

“He’s looking forward to seeing a hippopotamus,” one mother told me about her son. “But today he’s really just as excited to be out of the house and in the car again.” 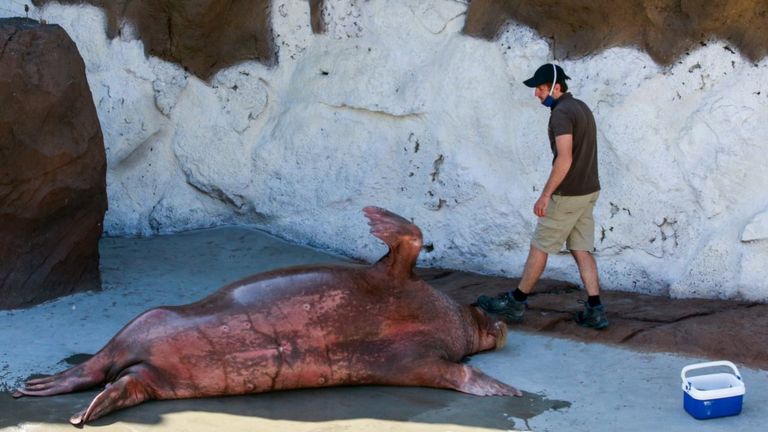 Belgium has so far reopened shops but not restaurants.

The zoo staff are confident that excitement at the reopening isn’t confined to the human public.

Elephant manager Rob Conachie, whose job is a real labour of love, said one elephant in particular, Mala, was effectively used as an ambassador to introduce visitors to the herd. 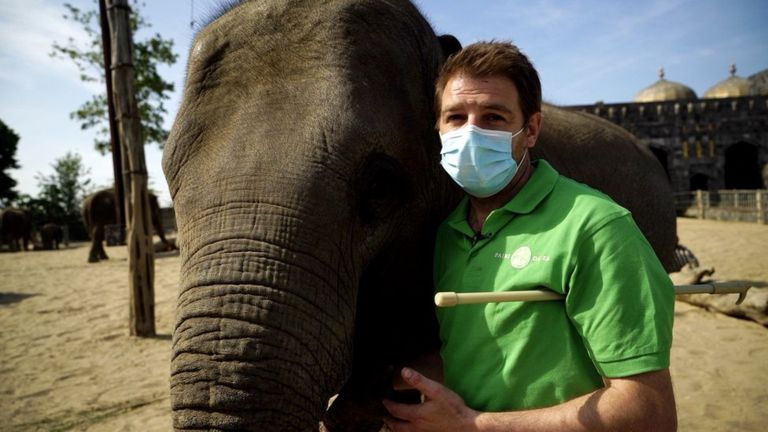 The zoo’s herd gathered in a trumpeting, friendly mob as we talked while the zoo’s gates opened and the crowds filed in.

“Mala is normally fed a lot of carrots,” Rob told us, “and in lockdown she’s definitely been wondering where all the carrots have gone. The elephants are fine but there’s no doubt they do miss visitors.”

Now slowly the lockdown is easing and the zoo is coming back to life. The human visitors are delighted of course but it doesn’t take much imagination to believe that their excitement is shared by the elephants.

Is the world facing a second wave of COVID-19? | Inside Story