Egyptian drugmaker Eva Pharma said it had reached a “landmark” deal with Gilead Sciences Inc to become the licensed manufacturer of the US company’s antiviral treatment remdesivir for COVID-19 in 127 countries. 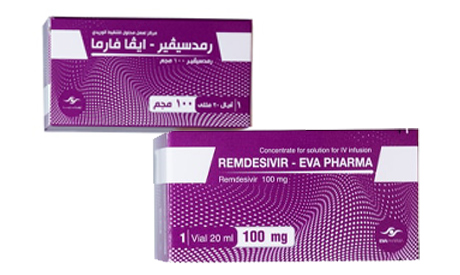 Remdesivir, originally developed to treat Ebola, appears to shorten the recovery time of COVID-19 patients. The experimental drug has recently been authorised for the treatment of certain hospitalised patients in a number of countries including the US, the UK and Japan.

“The voluntary licensing agreement provides Eva Pharma with Gilead’s technology as well as manufacturing specifications and methods in order to accelerate the timeline of the production of remdesivir as soon as possible,” the company said in a statement sent to Ahram Online on Sunday.

Eva Pharma is currently waiting for registration approval by Egypt’s health authorities, which is expected to be completed this week, after which the medicine will be ready for sale, a source at the company told Ahram Online.

The drug, which is administered by intravenous infusion, will only be offered to hospitals and will not be sold at pharmacies.

The Egyptian firm is yet to set a price for the drug, but it is expected to cost around EGP 2,000 ($123.6) per vial. One patient may need between six to 12 vials. Remdesivir is estimated to be priced at as much as $5,000 per treatment course in the United States.

California-based Gilead said on Friday it was adding four generic drugmakers in Egypt and India to its non-exclusive voluntary licensing agreements to further expand the supply of its investigational antiviral for COVID-19 in 127 countries. Now a total of nine companies: six in India, two in Pakistan and one in Egypt have struck deals with Gilead, its website shows.

The countries consist of nearly all low-income and lower-middle-income ones, as well as several that are upper-middle- and high-income, Gilead had said. Sudan, Libya, Morocco, Ghana, India, North Korea and South Africa are among the countries.

The licences would be royalty-free until the World Health Organization declares the end of the public health emergency arising out of COVID-19, or until a product other than remdesivir or a vaccine is approved to treat or prevent the disease, the American drugmaker said last month.

The experimental antiviral drug is considered a “supportive treatment” and is mainly used for severe cases, patients with blood oxygen levels of 94% or those who need mechanical ventilators or life support using an ECMO, a machine that oxygenates the red blood cells.

Gilead says the safety and efficacy of remdesivir for the treatment of COVID-19 are not yet established, though its clinical trials demonstrated that the drug improved clinical outcomes.

Data from a US clinical trial in late April indicated that patients receiving remdesivir had a 31% faster recovery time than the placebo group.

The drug was granted emergency use authorisation by the U.S. Food and Drug Administration for COVID-19 on 1 May and the European Medicines Agency (EMA) said last month it may give an initial green light for sale of remdesivir as a COVID-19 treatment.

Eva Pharma and Gilead have collaborated before to offer treatments for HIV and hepatitis C patients in Africa.