Polio vaccine could give temporary protection against COVID-19, scientists hope

As the world waits for a coronavirus vaccine, some scientists are proposing that existing vaccines could give the body’s immune system a much-needed temporary boost to stave off infection.

It’s still unclear whether such an approach would work, and some experts are skeptical. Others — including researchers inIsrael, the Netherlands and Australia — are already investigating whether a tuberculosis vaccine could help jump-start the immune system and make COVID-19 less deadly, though the World Health Organization strongly advises against using that vaccine until it’s proven effective against the coronavirus. 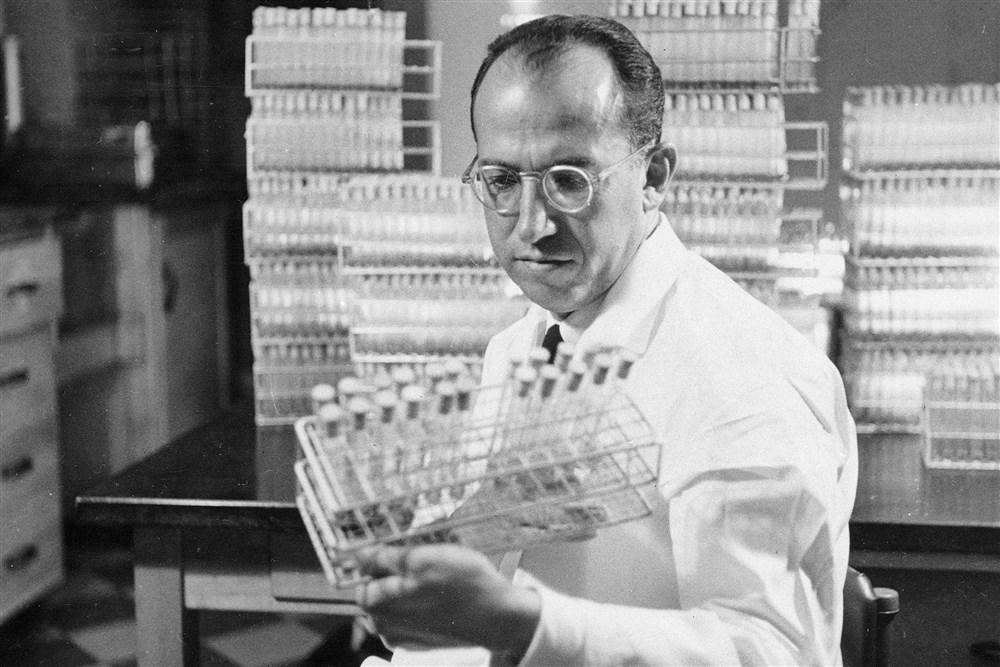 In the U.S., several big names in virology — including Dr. Robert Gallo, the director of the Institute of Human Virology at the University of Maryland School of Medicine and one of the scientists who discovered HIV — are turning their attention to another existing vaccine, the oral poliovirus vaccine. It hasn’t been licensed or available in the U.S. since 2000, but is still used in other countries where poliovirus still circulates, according to the Centers for Disease Control and Prevention. (Polio was eradicated in the U.S. in 1979.)

In a perspective piece published Thursday in the journal Science, Gallo and other experts from the Baltimore-based Global Virus Network outline why this particular polio vaccine might hold potential — and why the group is seeking funding and approval to start clinical trials to test their hypothesis.

The polio vaccine in question is a live vaccine — meaning it uses a weakened form of the live virus.

Live vaccines trigger a general immune response that helps the body fight off invaders until the immune system has time to develop specific antibodies. In theory, scientists believe that this temporary immune boost could provide protection for viruses the vaccine was not designed to prevent, such as the coronavirus, said a co-author of the Science piece, Dr. Konstantin Chumakov, a member of the Global Virus Network, an international coalition of virologists aimed at preventing and eradicating virus disease.

(Chumakov is also associate director of research at the U.S. Food and Drug Administration’s Office of Vaccines, but spoke to NBC News on behalf of the Global Virus Network, not the FDA.)

Using existing live vaccines, including the oral poliovirus vaccine, would not be a permanent solution, but rather a temporary fix that may buy time until a coronavirus vaccine hits the market, Chumakov said.

“The protection would wane with time, but the beginning of an outbreak is an important time to keep the virus from spreading,” said Chumakov, noting that unlike the vaccine for tuberculosis, there are three types of oral poliovirus vaccine that could be administered back-to-back as soon as the immunity-boosting effects of one wears off, potentially extending such temporary protection.

The potential protection from the vaccine remains hypothetical, however, which is why Chumakov and others are calling for clinical trials.

In places where it’s still used, the oral poliovirus vaccine is typically administered to babies and not adults, so scientists can’t simply look at whether it already works to boost the immune system against other viruses in adults in these populations.

Chumakov referred to a three-year controlled trial conducted in Russia in the 1960s as the strongest evidence in support of using disease-specific vaccines to broadly ward off other viruses. In the study, which was conducted by Chumakov’s mother, researchers concluded that giving adults doses of the oral poliovirus vaccine cut deaths due to seasonal influenza and acute respiratory diseases three-fold.

Chumakov and his co-authors also cite other studies and anecdotes in which an oral poliovirus vaccine has effectively prevented another strain of poliovirus, which the vaccine was not specifically designed to treat.

However, other experts in the field are skeptical that the polio vaccine would provide the needed boost, and view the existing research as flimsy at best.

“I do believe the oral polio vaccine would provide some protection against new viruses, but so would catching cold,” said Rachel Roper, associate professor of microbiology and immunology at East Carolina University’s Brody School of Medicine. Catching any virus, she said, would set up the antiviral state associated with enhanced immunity.

Roper also expressed concern that administering a live vaccine that does not specifically target COVID-19 could create competition — called immunodominance — that prompts the immune system to target the live vaccine while leaving few resources to fight off COVID-19.

“We won’t see safety concerns until we test it in large trials that include a lot of people,” Roper said.

Indeed, the oral polio vaccine shouldn’t be given in an attempt to prevent COVID-19 outside of a clinical trial.

Adam Lauring, an associate professor of microbiology, immunology and infectious diseases at the University of Michigan, said that if the oral poliovirus vaccine is proven to be effective, everyone would need to get the vaccine at the same time for it to work as planned, which would require a coordinated response with its own logistical challenges.

“There’s also the issue of some people already having immune responses against some vaccines, which means this could impede some of the antibody responses we would want,” said Lauring. In other words, the oral polio vaccine may not boost the immune system, as the theory proposes, in people who have already received a polio vaccine.

“It’s a good idea, but we don’t know how it would pan out. There is some epidemiological evidence that is a sign that it’s something worth looking into,” he said.

Chumakov estimates that it would cost $13 million to vaccinate the entire U.S. population, a relatively cheap solution if it works, and could provide a leg-up on future pandemics.

“This pandemic will go, but there will be another one. We will continue to get new and emerging diseases, and there will always be this dilemma of what do we do in the interim before we can develop a specific vaccine,” Chumakov said. “This is much bigger than just stopping COVID-19.”

CLARIFICATION (June 12, 2020, 12:12 p.m. ET): A previous version of this article omitted Dr. Robert Gallo’s title. He is the director of the Institute of Human Virology at the University of Maryland School of Medicine.