It was a day in mid-March, just as the scale of the coronavirus pandemic was being realised, that brought a united front at Stormont.

This day saw the first press conference from executive ministers, as they aimed to put out a joined-up message and reassure the public.

But it has now been more than six weeks since we last saw our political leaders together behind the podiums.

It was Deputy First Minister Michelle O’Neill’s attendance at the funeral of senior republican figure Bobby Storey that brought them to an abrupt halt.

Her power-sharing partner, First Minister Arlene Foster, said the credibility of the executive’s messaging had been damaged and she would not appear alongside Ms O’Neill until an investigation into whether she broke Covid-19 regulations had concluded.

There’s been no update on any potential investigation, but the virus remains a threat and decisions are still being made by the executive that Mrs Foster and Ms O’Neill lead.

BBC News NI was given access to the room in Stormont’s Parliament Buildings – the Long Gallery – that became the regular setting for executive press conferences several days a week.

It has been left practically untouched – the cameras and podiums remain, the executive’s messaging board too.

But when will ministers be back in front of it?

There have been calls from some local journalists for them to resume.

Freelance reporter Amanda Ferguson argued on her website recently that a lack of access was restricting the media from doing its job properly.

“No journalist will ever ask for less access and, in a way, as the briefings went on they started to lose their usefulness a bit, but there is a need for them again,” she said.

“We’re coming into the autumn, there is a potential for a second wave and we really need our ministers to be up there taking questions.”

Press conferences usually tend to excite journalists but they’re perhaps not followed as closely by members of the public.

When we sampled opinion on the hill at Stormont during the week, with people out for a stroll, I got a mixed response.

Some people said they had never watched them, while others were adamant that a lack of consistent, joined-up messaging from ministers was leading to confusion on many issues.

Although Downing Street’s press conferences are now more of a rare occurrence, contrast the virtual silence from Stormont with that of Dublin and Scotland, where briefings from ministers and officials still happen regularly. 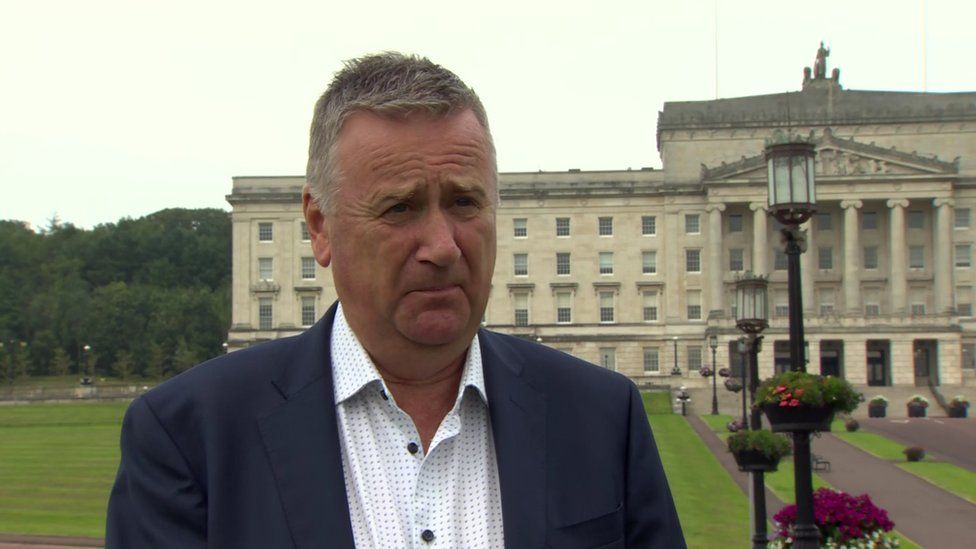 Stephen Grimason, a former director of communications for the Stormont Executive until 2016, said ministers have little option but to get back to presenting that united front to the press.

“There are ways for them to do this – there are opportunities for them to be seen together saying the same thing,” he told BBC News NI.

He cited the looming return of schools or if ministers have to announce that restrictions need to be tightened again in a bid to suppress the virus.

On BBC Radio Ulster’s Talkback programme on Wednesday, Health Minister Robin Swann said he would be “more than content” to see the briefings resume, and said his department had considered putting up officials to front them, in the absence of other parties appearing together.

In reality, whether the briefings resume in the next six weeks or six months – or if they even return at all – is anyone’s guess.

INCB, WHO and UNODC statement on access to internationally controlled medicines during COVID-19 pandemic