With more than 20 million confirmed cases worldwide, people are waiting anxiously for news of a successful vaccine and hoping for early inoculation. According to the World Health Organization (WHO), by August 6, six vaccine candidates had started phase three clinical trials, with three developed by China. The progress gives the world a glimmer of hope. China has been a forerunner in global efforts to develop a vaccine. It has been participating in and advancing international cooperation in this regard. Its pledge of turning a vaccine developed by China into a global public good has won plaudits from the international community. Standing in clear contrast is the US, another major research and development (R&D) force. Its focus, however, is on hoarding or even monopolizing vaccines. Guided by “America First” doctrine, Washington gives free rein to selfish nationalism on this issue, which has been condemned by the world.

China is committed to science-based R&D while the US resorts to political manipulation. China has made all-out efforts in a professional and scientific manner to conduct research along five technical routes to introduce a vaccine into the market at an early date. The Beijing Biological Products Institute of the China National Biotec Group (CNBG) of Sinopharm has already built the world’s largest COVID-19 vaccine production facility. The head of the Chinese Center for Disease Control and Prevention said he has taken an experimental vaccine, sending out a strong signal of China’s progress and confidence in the safety and efficacy of the vaccine.

Meanwhile, the US government has been putting politics above science, hoping a COVID-19 vaccine can be a game-changer and trying to use it as a political tool to woo voters. US President Donald Trump wants to create an October vaccine surprise through Operation Warp Speed, which accelerates research by bringing together pharmaceutical companies, government agencies and the military. It’s likely to be a case of haste makes waste. At the same time, some US politicians have been keeping up the fire on Chinese R&D efforts by wrongfully accusing China of stealing US vaccine research. They alleged that hackers with links to China tried to steal vaccine data from US companies, including Moderna Inc. But how can China steal something that has not come into being? China is actually leading global vaccine development. It hasn’t stolen from anyone and has no need to do so. Certain US politicians must understand this: smearing others won’t help them develop a vaccine or save infected people at home.

China chooses global cooperation, while the US has been quitting international agreements and organizations. China has actively participated in international cooperation on vaccine R&D. On January 12, China shared with WHO the genome sequence information of the novel coronavirus, setting the stage for international vaccine development. In March, all five of China’s vaccine technical routes were open to international cooperation. During the World Health Assembly (WHA) in May, China, together with more than 140 countries, adopted a resolution to strengthen global cooperation in response to the pandemic. In the process of vaccine development, China has established good relations and reached a consensus with Germany, Canada, Brazil, Indonesia, the United Arab Emirates and other countries.

In contrast, the US withdrew from the WHO, refused to attend the Global Vaccine Summit, declined to participate in international vaccine research, and even tried hard to interfere in international cooperation on vaccines. J. Stephen Morrison, director of the Global Health Policy Center at the Center for Strategic and International Studies (CSIS), criticized the maverick US approach as undermining international efforts on vaccine R&D, slowing down vaccine development and potentially making universally applicable solutions more difficult to realize.

China seeks the common good of the world, while the US pursues its selfish gains. When it comes to vaccine supply, what matters is to save lives instead of making it a privilege to oneself. The virus knows no borders, and so should the vaccine. At the 73rd WHA in May, Chinese President Xi Jinping solemnly pledged to the world that the COVID-19 vaccine developed and deployed in China, when available, will be made a global public good. This will be China’s contribution to ensuring vaccine accessibility and affordability in developing countries, which demonstrates the magnanimity and generosity of a major country. Philippine President Rodrigo Duterte said he hopes China would give his country priority after the vaccine is developed, and China has responded positively.

The US, in contrast, refused to share the outcomes on vaccine development at the WHA, and even tried to lobby African countries to support a downplay of the wording on patents, which was categorically rejected and condemned. The Trump administration has repeatedly showed that it follows “America First” approach in the vaccine research. US Secretary of Health and Human Services Alex Azar made a political stunt by visiting the island of Taiwan, but refused to share the access to vaccine with it. The US tried to buy out German companies for their patents, and later ordered vaccines from Pfizer, Johnson & Johnson, Sanofi and GlaxoSmithKline. Some of these orders are worth hundreds of millions of dollars. The German media lashed out at it by saying that the US plan has showed the world the ugly face of Washington. The US move to hoard and monopolize vaccines in advance has no regard for international moral standards, making it look like a self-interested businessman. It only puts US interests first, no matter how badly others fare.

We are at the end of the tunnel as the vaccine may come soon. As the pandemic rages, countries are looking to vaccines to address pressing concerns and save lives. Instead of monopolizing resources and ignoring the lives of others, countries should cooperate to rise above the challenges. China does not put its interests above that of others, and is acting responsibly for global public health. The vaccine it develops will belong to both China and the world. Guided by the vision of building a community with shared future for mankind, China will continue to provide a hard-core force to fight COVID-19 and stand with the vast majority of countries in the world to form the greatest synergy until the virus is finally defeated.

The author is an observer of international Affairs. opinion@globaltimes.com.cn 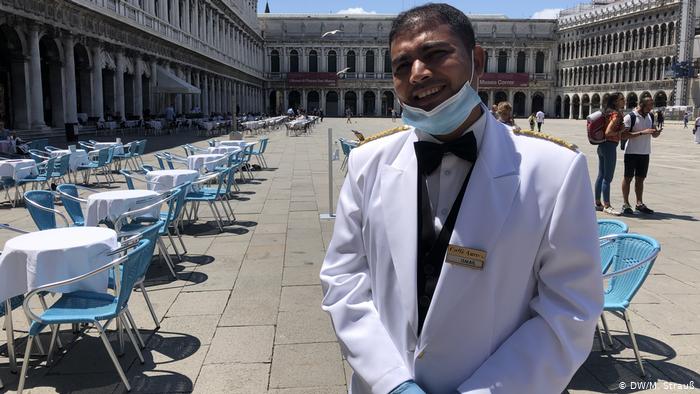