MEXICO CITY (Reuters) – Mexico is pressing ahead with an effort to forge COVID-19 vaccine alliances across a wide ideological spectrum of countries from France to Cuba as a World Health Organization (WHO) vaccine initiative will fall short of its needs. 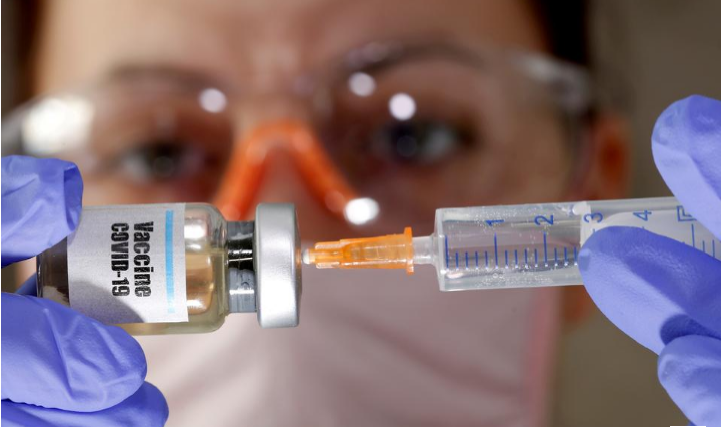 
FILE PHOTO: A woman holds a small bottle labeled with a “Vaccine COVID-19” sticker and a medical syringe in this illustration taken April 10, 2020. REUTERS/Dado Ruvic/Illustration

Mexico joined in early June the WHO’s global COVAX plan, which aims to deliver at least 2 billion doses of approved vaccines by the end of next year and ensure “equitable access.”

But Martha Delgado, a Mexican deputy foreign minister whom President Andres Manuel Lopez Obrador put in charge of Mexico’s international response, told Reuters its share of that program was unlikely to be enough to provide the roughly 200 million vaccine doses Mexicans will need.

“We can’t depend on it,” said Delgado. “COVAX promises to help with 20% of the population – we need a bigger quantity of vaccines and so do other countries as well.”

Delgado’s boss, Foreign Minister Marcelo Ebrard, has been reporting in regularly to Lopez Obrador about the latest developments in the effort to secure a vaccine – or vaccines – that will curtail Mexico’s novel coronavirus outbreak, she said, an effort embracing all major superpowers and their allies.

Left-wing populist Lopez Obrador has raised eyebrows in some quarters by forging a close alliance with U.S. President Donald Trump. But Ebrard has also assiduously courted China, which has provided Mexico with such equipment as ventilators and masks. And Lopez Obrador has offered to personally test the Russian vaccine despite misgivings among some scientists.

The foreign ministry underscored, in an emailed statement, that “vaccine nationalism” should be avoided because “no one will be safe until everyone is safe, and for that reason, negotiation, diplomacy and multilateralism play a crucial role.”

“We have chosen to do this via our diplomatic channels, get access to information and pharmaceutical companies through cooperation with other countries,” Delgado said.

“Why go this route? Firstly, the countries themselves are going to certify their vaccines, their safety, not the pharmaceutical companies.

“And secondly because Mexico has diplomatic prestige,” said Delgado, pointing to a United Nations resolution it successfully sponsored to guarantee universal access to medicines, vaccines and medical equipment to face COVID-19.

The strategy seems to be working.

Mexico will take part in clinical trials of the Italian GRAd-COV2 vaccine and has agreed for 2,000 volunteers to participate in trials of Russia’s “Sputnik V” vaccine.

It has also struck a deal to produce pharmaceutical firm AstraZeneca Plc’s (AZN.L) vaccine. In addition, it is looking to participate in phase 3 trials with French drugmaker Sanofi (SASY.PA), Johnson & Johnson’s (JNJ.N) Janssen unit and Chinese companies CanSino Biologics Inc (6185.HK) and Walvax Biotechnology Co Ltd (300142.SZ), all of which have agreed to guarantee access to their vaccines if successful.

It plans to talk to Cuba about its so-called Soberana 01, or Sovereign 01, vaccine and the German government about biotechnology firm CureVac CVAC.O, which is researching how to use messenger RNA to treat a series of diseases, including the coronavirus.

Mexico’s vaccine diplomacy may have even helped nudge Russia to perform a late-stage trial of its vaccine, which will involve more than 40,000 people and be overseen by a foreign research body.

“Sputnik V,” named in homage to the world’s first satellite launched by the Soviet Union, has been hailed as safe and effective by Russian authorities and scientists following two months of small-scale human trials.

But Western experts have warned against its use until all internationally approved testing and regulatory steps have been taken.

The Russians wanted to donate vaccines for the Mexicans to test as a finished product, but Mexico first wanted more information on the phase 1 and 2 trials, said Delgado.

Now Russia has agreed to conduct Phase 3 trials on the vaccine, with some of them happening in Mexico itself, she said.