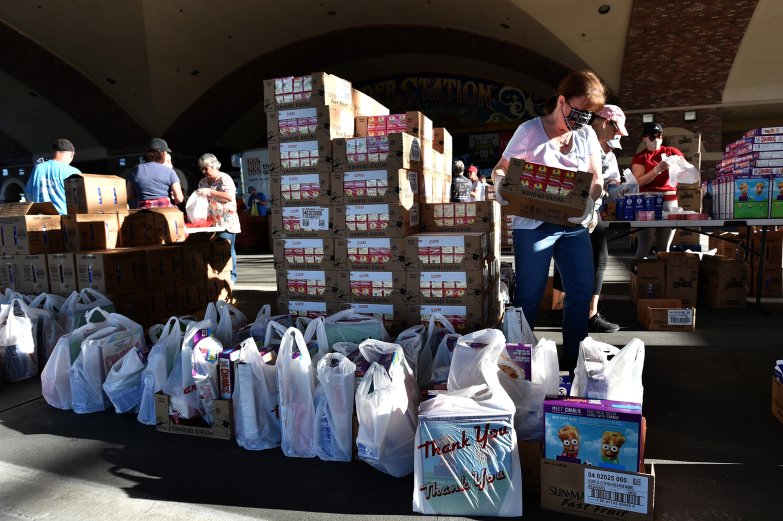 How will the coronavirus change the world? Nobody knows yet. But we do know where we were before the pandemic hit: inequality had reached historic records worldwide, Australia had burned for months on end, autocrats were suffocating democracy in Hungary and Venezuela, and a wave of protestshad swept across six continents–from Beirut to Paris, from Hong Kong to Moscow.

The virus laid bare the world’s extraordinary inequalities and injustices. Lists of so-called vital professions were published all over the world, and surprise, positions such as “hedge-fund manager” and “tax specialist for multinationals” were not on them. Suddenly it was crystal clear who did the really important work in health care and education, in public transport, in supermarkets. The general rule seemed to be: the more vital your work, the less you are paid, the more insecure your employment and the more at risk you are in the fight against the coronavirus.

There are those who think we shouldn’t politicize the pandemic. There are also those who say we need to speak right now. Decisions about our future are being made in weeks, days, hours, the consequences of which will be felt for decades.

Let’s be clear: these are the circumstances in which history is written. In 1930s America, for example, the New Deal was conceived in the midst of the Great Depression. In the U.K. of the 1940s, the Beveridge report–the prime text of the British welfare state–was published while bombs fell on London.

And yes, it could also go the other way. After the burning of the Reichstag in 1933, Adolf Hitler was given far-reaching powers to restore the peace. The attacks of Sept. 11, 2001, were followed by the “War on Terror” and the mass surveillance of civilians by secret services.

There’s an old quote that I can’t get out of my head these past few weeks. It’s from Milton Friedman, one of the most influential economists of the 20th century. In 1982, he wrote, “Only a crisis–actual or perceived–produces real change. When that crisis occurs, the actions that are taken depend on the ideas that are lying around.”

Right now, we are in the biggest crisis since the Second World War. The economic impact of COVID-19 is greater than the impact of the Great Recession of 2008, and may be even greater than that of the Great Depression of the 1930s. And if history teaches us anything, it’s that extraordinary things are possible. Everything depends on the “ideas that are lying around.”

So what are those ideas?

In 2011, “The Protester” was TIME’s Person of the Year. Since then, ideas that used to be dismissed as unreasonable or unrealistic have moved into the mainstream. Think about how a previously obscure academic like Thomas Piketty became a famous economist around the world. Think about how an unknown Asian-American businessman, Andrew Yang, galvanized millions of Americans with an idea (universal basic income) that–just a couple of years ago–was almost forgotten. And think about how a Swedish girl, Greta Thunberg, still only 17, kick-started the biggest climate-justice movement this world has ever seen.

In April, the Financial Times, the world’s leading business paper, published an article from the editorial board that showed just how much the times have changed. “Radical reforms–reversing the policy direction of the last four decades–will need to be put on the table,” the paper said. “Policies until recently considered eccentric, such as basic income and wealth taxes, will have to be in the mix.” I could hardly believe what I was reading. Was this the Financial Times (not exactly a left-wing paper) saying we need to tax the rich, increase the size of the government and give free money to everyone?

You could say: Well, this is all very interesting, but didn’t you get the memo about the socialist Jeremy Corbyn being crushed in Britain’s elections? And didn’t you hear that the “revolutionary” Bernie Sanders actually lost to the moderate Joe Biden? Haven’t social democrats been losing election after election in Europe?

True. But when we zoom out, we can see that something bigger is going on. Just look at the platform on which the “moderate” Biden is running. His tax plan is twice as radical as Hillary Clinton’s tax plan of 2016. His $1.7 trillion climate plan includes 30 times as much clean-energy commitment as Clinton’s did in 2016, and is even more ambitious than that of Sanders four years ago. And yes, Corbyn did lose the 2017 and 2019 elections in the U.K., but the Conservatives’ eventual public-service spending was closer to Labour’s plans than to their own manifesto.

Meanwhile, it’s important to remember that yesterday’s so-called radical ideas, like higher taxes on the rich or ambitious climate action, are now supported by a vast majority of people in developed countries. Last year, a survey of 22,000 people in 21 countries found that the majority think the government should tax the rich more in order to support the poor. In January, a Reuters poll found that even two-thirds of Americans believe the very rich should pay more taxes, including 53% of Republicans.

Historians have long known that a crisis can be a turning point for societies. And it’s not difficult to imagine how this crisis could lead us down a dark path. COVID-19 could be like 9/11: a terrible tragedy abused by those in power.

But if an alternative is possible, it’s because of all those protesters who have made the unthinkable thinkable. Just as America reinvented itself after the Great Depression, this crisis could lead to something better. The age of excessive individualism and competition could come to an end, and we could inaugurate a new age of solidarity and connection.

It may be hard to believe in such a revival when you turn on the television and hear about people stealing toilet paper, or armed men protesting. In moments like these, it’s tempting to conclude that most people are selfish and egotistical.

But we have to remember that the media often focus on the negative, and we need to take a look at the bigger picture. Then we’ll see that while the crisis deepened, solidarity actually bloomed. There’s been an explosion of altruism and cooperation: people singing from balconies; neighbors collecting food; volunteers sewing masks; doctors, nurses and cleaners risking their lives on the front lines.

For the past five years, I’ve studied how in the past two decades scientists from all over the world have switched from a cynical to a more hopeful view of humanity. Human beings, they say, have not evolved to fight and compete, but to make friends and work together. Our unique ability to cooperate may explain the success of our species.

In a time of extraordinary challenges, when COVID-19 seems like just the prequel to the global climate crisis, we need to assume the best in one another. As a historian, I can’t say I’m optimistic, but I am hopeful, because hope impels us to act.