A vaccine against Covid-19 may not work well in older people who are most at risk of becoming seriously ill and dying from the disease, say scientists, which may mean immunising others around them, such as children. 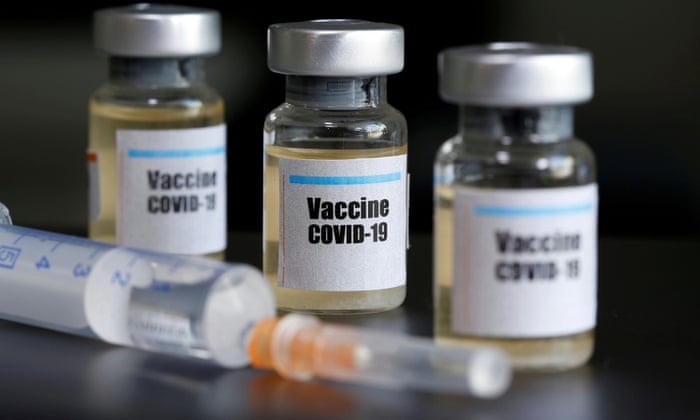 Prof Peter Openshaw, from Imperial, one of the members of the UK’s Sage scientific advisory sub-group Nervtag, told the House of Lords science and technology committee it was this week considering a paper on targeting different groups in the population with vaccines.

“Sometimes it is possible to protect a vulnerable group by targeting another group and this, for example, is being done with influenza,” he said. “In the past few years, the UK has been at the forefront of rolling out the live attenuated vaccine for children.”

Giving the nasal spray flu vaccine to children who do not often get severe flu protects their grandparents, he said. Immunising health and care workers – who are likely to be the first to get the vaccine – would also help protect older people who have the most contact with them.

Arne Akbar, professor of immunology at UCL and president of the British Society of Immunology, said scientists needed to work out what goes wrong with the immune system as people get older.

“One thing that’s apparent, even in healthy older people, is that there’s more inflammation all around the body. We need to understand where that inflammation is coming from,” he said. “And this baseline inflammation in older people is linked to frailty and many negative outcomes as we get older. And this seems to be exacerbated when you get a severe infection like Covid-19.

“But what is the source of the inflammation in the first place? That’s something that we really need to get to grips with.”

Akbar said something else might be needed alongside the vaccine for older people, such as the steroid drug dexamethasone, which can block the inflammation caused by the virus and has been shown to save lives in Covid-19.

The committee took evidence as Oxford University announced successful trials of two doses of its candidate vaccine in pigs, which respond in a similar way to humans. The Pirbright Institute, working with the vaccine scientists, established that two doses resulted in a significantly increased antibody response over one dose.

“It is not yet known what level of immune response will be required to protect humans against Sars-CoV-2. Vaccine efficacy trials are under way in humans, and if the efficacy result is lower than hoped for after a single dose, it is important to know if giving two doses could result in a greater immune response, which could then be more protective,” said a statement.

Sarah Gilbert, professor of vaccinology at Oxford University, who is heading its Covid-19 vaccine research, told the Lords committee that none of the 140 vaccines in development was likely to be perfect, but said a useful vaccine did not have to be 100% effective.

“Even with 50% accuracy, we could actually go a long way to protecting the population. So we’re optimistic that we will have something, and, if necessary, we can combine the vaccines to get something that works even better,” she said.

As the numbers of people infected with coronavirus fall in England and the rest of the UK, it becomes more difficult to trial vaccines there, so she and colleagues have embarked on a trial in Brazil, where the numbers are high, and are about to start in South Africa as well. Astra Zeneca, to whom the vaccine is licensed, is setting up a trial of 30,000 people in the US, she said.

What the Future Holds: COVID19 and the Global Economy

The decline of the U.S. dollar could happen at ‘warp speed’ in the era of coronavirus, warns prominent economist Stephen Roach