The possibility of a cruise line becoming insolvent due to the cruise industry’s widespread, coronavirus-caused shutdown is no longer theoretical. 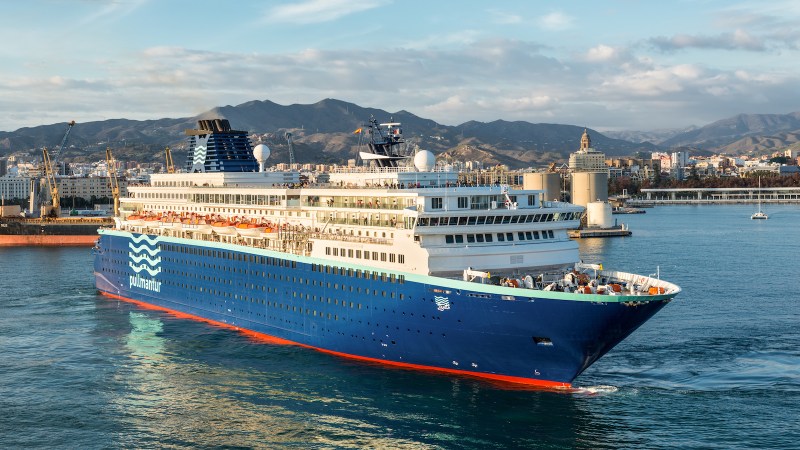 Royal Caribbean Cruises owns 49% of the three-ship company, which caters to Spanish speaking vacationers from Spain and Latin America.

“Despite the great progress the company made to achieve a turnaround in 2019 and its huge engagement and best efforts of its dedicated employees, the headwinds caused by the pandemic are too strong for Pullmantur to overcome without a reorganization,” Pullmantur’s board of directors said in a statement.

For more TPG news delivered each morning to your inbox, sign up for our daily newsletter.

In announcing the restructuring, Royal Caribbean Cruises said Pullmantur management notified employees of the decision after filings were made with Spanish authorities.

Royal Caribbean Cruises is the parent company of its namesake Royal Caribbean brand as well asCelebrity Cruises and Azamara. It also is a part owner of German brand TUI Cruises through a joint venture.

While Pullmantur is little known to most Americans, its three ships are well-known to cruise fans. They include the former Celebrity Cruises ship Celebrity Horizon and former Royal Caribbean vessels Monarch of the Seas and Sovereign of the Seas. The ships have sailed for Pullmantur under the names Horizon, Monarch and Sovereign.

Pullmantur removed a fourth ship from its fleet, Zenith, in January. The vessel was the former Celebrity Zenith.

Royal Caribbean Cruises didn’t say whether Pullmantur would try to bring back all three of its ships as part of its reorganization. But the Cruise Law News blog is reporting that workers in Italy are in the process of stripping valuables off two of the vessels. The blog cited crew members.

A spokesperson for Royal Caribbean Cruises did not immediately respond to our questions about the report and the future of the vessels.

In its announcement of the Pullmantur reorganization, Royal Caribbean said Pullmantur’s ships currently are staffed with crew at a minimum maintenance level, and “the company will take care of their safe return home.”

Royal Caribbean Cruises said all its assets related to Pullmantur were included in a non-cash asset impairment charge reported in its first-quarter results. In part due to the write-down of Pullmantur assets, Royal Caribbean Cruises reported a $1.4 billion loss, or $6.91 per share, for the first quarter. That compares to a profit of $249.7 million, or $1.19 per share, during the same period a year earlier.