Covid-19 Patient Gets Double Lung Transplant, Offering Hope for Others

The operation is believed to be the first of its kind in the U.S. The patient, a woman in her 20s, had been healthy, but the coronavirus devastated her lungs. 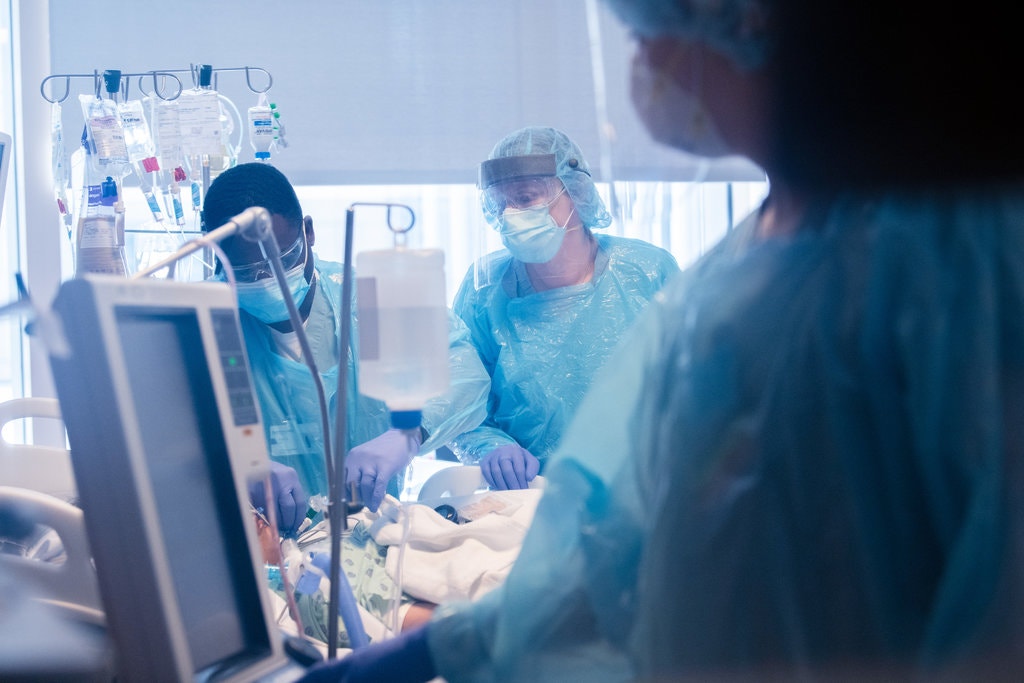 A young woman whose lungs were destroyed by the coronavirus received a double lung transplant last week at Northwestern Memorial Hospital in Chicago, the hospital reported on Thursday, the first known lung transplant in the United States for Covid-19.

The 10-hour surgery was more difficult and took several hours longer than most lung transplants because inflammation from the disease had left the woman’s lungs “completely plastered to tissue around them, the heart, the chest wall and diaphragm,” said Dr. Ankit Bharat, the chief of thoracic surgery and surgical director ofthe lung transplant program at Northwestern Medicine, which includes Northwestern Memorial Hospital, in an interview.

He said the patient, a woman in her 20s who had no serious underlying medical conditions, was recovering well: “She’s awake, she’s smiling, she FaceTimed with her family.”

But she has a long way to go. She is still on a ventilator because even though the transplanted lungs are healthy, her long illness has left her chest muscles too weak for breathing, and it will take time for her strength to return.

The transplant was her only chance for survival, Dr. Bharat said. His team wanted other transplant centers to know that the operation could save some desperately ill Covid-19 patients.

He said that other medical centers had been calling to find out about the operation and that some wanted to send Covid-19 patients to Northwestern for lung transplants.

“I want to emphasize that this is not for every Covid patient,” Dr. Bharat said. “We are talking about patients who are relatively young, very functional, with minimal to no comorbid conditions, with permanent lung damage who can’t get off the ventilator.”

For such patients, he said, the news of a successful transplant “absolutely could start something.”

He also said that doctors were closely monitoring Covid-19 survivors who had been on ventilators with severe lung damage, to see whether they recover fully or have scarring in the lungs that might eventually lead them also to need transplants. 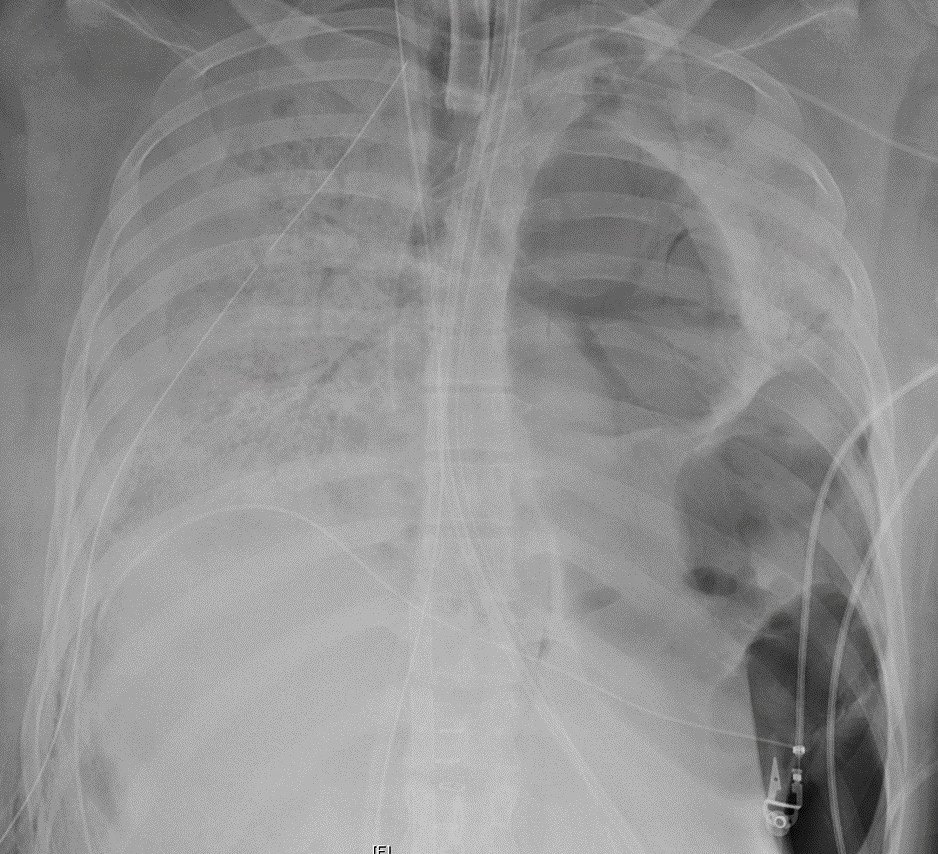 The patient’s name is being withheld to protect her privacy, and her family has declined to be interviewed, said a Northwestern spokeswoman, Jenny Nowatzke. She said the woman was in her late 20s, lives and works in Chicago, and had recently moved there from North Carolina. She also said the woman is Hispanic, an ethnic group that has been hard-hit by the virus in the U.S.

She was healthy before she contracted the coronavirus, Dr. Bharat said. She had had a minor illness that required her to take a medication that suppressed her immune system somewhat, but it was not clear whether the drug made her especially vulnerable to the virus.

She was ill for about two weeks before being admitted to the hospital on April 26. She soon needed a ventilator. Her condition kept worsening, and doctors connected her to a machine that pumps oxygen directly into the bloodstream.

Weeks passed with no improvement, and the lung damage began to put a strain on her heart and liver. It became clear that her lungs would never recover, Dr. Bharat said. 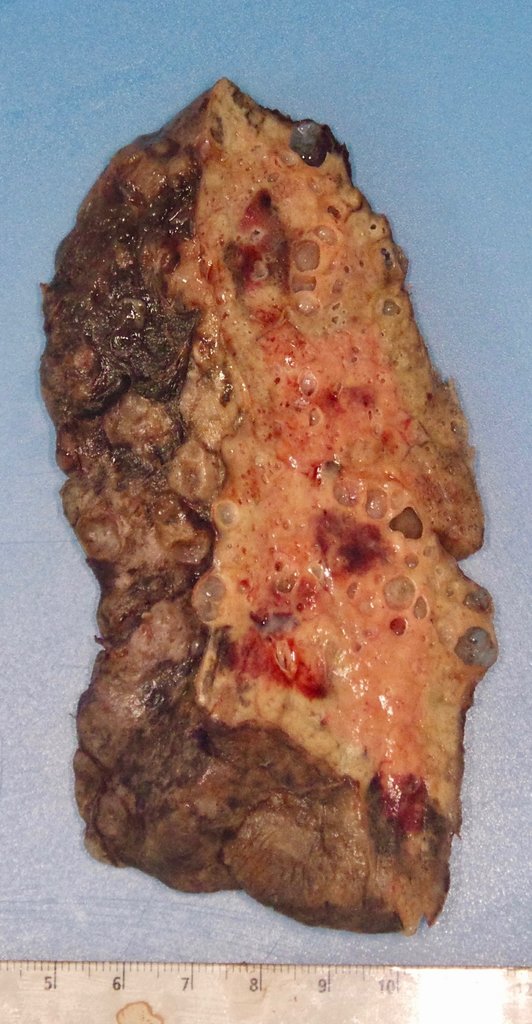 “You have someone in their 20s, who’s otherwise healthy, this poor girl,” Dr. Bharat said. “The whole team felt it’s hard to let someone go like that. We wanted to give her every option. Everybody was just rooting for her.”

Previously, he said, he and his colleagues had debated what they would do if they had a young patient with irreversible lung damage. They had heard of such cases at other centers where care was withdrawn, and patients died.

It seemed reasonable to try a lung transplant. Northwestern Medicine performs 40 to 50 a year; Dr. Bharat said he does most of them.

The patient was put on the waiting list for a transplant only after she tested negative for the coronavirus.

A matching donor was quickly identified, and a few days later the young woman underwent the operation.

She was the sickest patient to whom he had ever given a transplant, he said, and her lung damage was among the worst he had ever seen. A pathologist who examined the lungs confirmed that the damage was irreversible.

Researchers are studying them in hopes of learning more about the disease, to help answer one of many unanswered questions, Dr. Bharat said: “What is the failure of repair mechanisms in the human that make someone get to this point?”

The patient must take immune-suppressing drugs to prevent her body from rejecting the transplant. They can increase the risk of infection, Dr. Bharat said.

The patient has already been tested several times to see if the drugs could somehow have reactivated the coronavirus, but so far, those tests have been negative.

Coronavirus and the future of live events | COVID-19 Special

Hope in the fight against Covid-19