Hope in the fight against Covid-19 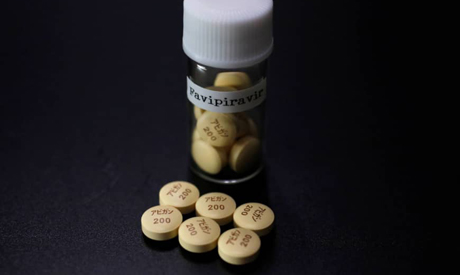 On 7 April, Japanese top diplomat Toshimitsu Motegi declared that his country would allow 20 other countries to test Avigan, a drug for influenza that has helped patients in China to recover from the Covid-19 coronavirus.

Its usefulness has yet to be confirmed in clinical tests, but Japan seeks to “work with interested countries to expand clinical research on Avigan internationally,” Motegi said, in order to find out whether it could be effective as a therapy against the coronavirus.

Among the countries involved in the Avigan tests are Bulgaria, the Czech Republic, Indonesia, Iran, Myanmar, Saudi Arabia and Turkey. Thirty more countries, according to Motegi, are also interested in trying it.

The Japanese Fujifilm Corporation, Avigan’s producer, issued a statement saying that about 50 coronavirus patients in the United States would be given the drug as part of a joint project between the company and Brigham and Women’s Hospital in Boston, Massachusetts General Hospital and the University of Massachusetts Medical School.

Egypt has also expressed interest in the drug. “We are on our way to the manufacturing stage… after we contact the Chinese side responsible for producing the pharmaceutical ingredients … and the approval of the Japanese company… to get enough of the ingredients in order to manufacture the drug,” Higher Education and Scientific Research Minister Khaled Abdel-Ghaffar said last week.

Avigan earned approval for manufacture in Japan in 2014 as an antiviral influenza drug. Fujifilm said that it is to “be considered for use only when there is an outbreak of novel or re-emerging influenza virus infections in which other influenza antiviral drugs are either not effective or insufficiently effective. The Japanese government has decided to use the drug as a countermeasure against such influenza viruses.”

The company said that Avigan was a promising therapy for the novel coronavirus because it “has a mechanism of action for selectively inhibiting RNA polymerase involved in influenza viral replication.” Covid-19 “is classified in the same type of single-stranded RNA virus as influenza, and its [Avigan’s] clinical application to treat Covid-19 is now under study,” Fujifilm said in a press statement on 31 March.

In March, the Chinese medical authorities praised Avigan for having “a high degree of safety and [being] clearly effective in the treatment” of coronavirus. It had been used on 340 patients in Wuhan and Shenzan, and patients who had tested positive for coronavirus recovered almost four days after taking the drug, they said.

Those who did not, according to Japan’s NHK national broadcaster, felt better after roughly 11 days. A source at the Japanese Health Ministry told the Mainichi Shimbun, a Japanese newspaper, that Avigan “doesn’t seem to work that well when the virus has already multiplied,” suggesting that the drug should be used early in the infection.

Medical researchers, pharmaceutical companies and world leaders have repeatedly emphasised that a vaccine for coronavirus will not be ready before a year from now. A reliable therapy is thus greatly needed.

According to World Health Organisation (WHO) figures, more than two million people around the world tested positive for coronavirus.

Here's the "Official" Leader in the COVID-19 Vaccine Race

Covid-19 Patient Gets Double Lung Transplant, Offering Hope for Others