UAE Ministry of Health and Prevention announced it is hosting the world’s first Phase III clinical trials of an inactivated vaccine to combat coronavirus Covid-19 pandemic, reported various media outlets on August 5. According to the Gulf News, the vaccine was developed by Abu Dhabi-based G42 Healthcare and Sinopharm GNBG.

The third phase follows the success of the first two phases of tests conducted by state-owned pharmaceutical Beijing-based Sinopharm in China, which resulted in 100 percent of volunteers generating antibodies after two doses in 28 days. Around 15,000 volunteers are needed to conclude the Phase III scientific research phase before taking the vaccine to the market.

Phase III trials are open to individual volunteers aged between 18 and 60 living in the UAE and will last three to six months. A medical center was opened outside Abu Dhabi for the first time for volunteers to register in Sharjah. The facility can register up to 500 volunteers per day and will be open to residents of Sharjah and other neighboring emirates as part of the campaign launched on July 16.

There are five stages and three phases before approval for the limited use of vaccines. The first stage starts with preclinical non-human trials. Phase I starts human trials and tests vaccine safety and dosage. Phase II tests vaccines in expanded safety trials. In Phase III vaccines are tested in large-scale efficacy tests. If Phase III is a successful vaccine will be approved for limited use in the fifth stage.

Phase III trials present challenges for vaccine-makers around the world, such as the need to recruit enough participants and qualified health staff. To demonstrate the efficacy of the vaccine data on 20,000-40,000 people is required and then followed closely for several months or even years, scientists say.

Researchers around the world are developing more than 165 vaccines against the coronavirus, and 28 vaccines are in human trials. Vaccines typically require years of research and testing before reaching the clinic, but scientists are racing to produce safe and effective vaccines by next year.

If and when a vaccine is developed for Covid-19 then the production of enough quantities and distribution becomes the next challenge.

The first vaccine safety trials in humans started in March, with the hope of stimulating the immune system to produce effective antibodies against the virus.

Zarif tweeted that the talks were “very substantive, frank and friendly” on Covid-19 as well as “bilateral, regional and global situations.”

“We agreed to continue dialogue on the theme of hope – especially as the region faces tough challenges, and tougher choices ahead,” Zarif wrote.

The two ministers held a telephone call in March in which Sheikh Abdullah expressed the UAE’s support for Iran during the coronavirus outbreak.

According to Worldometers data, the number of Covid-19 cases in the Middle East and North Africa (MENA) region crossed 1,243,659 on August 3rd. The Arab PGCC countries account for 51.4 percent of all cases in the MENA region, while Iran makes up 24.9 percent.

The two things the six Persian Gulf Co-operation Council (PGCC) member countries rely most on our revenue from oil/gas exports and foreign workers, both have been hit hard due to the Covid-19 outbreak.

Dubai’s plans to host Expo 2020 in October, which was expected to draw 25 million visitors, has been postponed until next year.

Due to the economic fallout of the pandemic, the UAE has changed its law to allow companies to break work contracts, lower wages, and pressure foreign workers to take unpaid leave, reports Deutsche Welle.

Expatriates make the bulk of Dubai’s 3.3 million population and account for 98 percent of private-sector workforce.

Due to the slump in the crude export revenues and pandemic lockdowns, many foreign blue-collar workers in the region have racked up debt and would go hungry without the help of charities as they wait for work and to be paid.

There are no social safety networks for foreigners, who make up about 90 percent of the population in the UAE. The blue-collar jobs are the most vulnerable. They are paid low wages, work long hours, and often live in cramped dormitories that have been coronavirus hotbeds. Xenophobia is escalating as expatriates are blamed for spreading the virus.

Some foreign laborers have said they find little reason to stay without work and wanted to return to their home countries despite being owed months of wages; hundreds of thousands have already left.

The treatment of migrant workers in the PGCC states has come under criticism by human rights groups, saying conditions have deteriorated because of the coronavirus.

No official statistics on how many people have left the UAE are available. But at least 200,000 workers, mostly from India, Pakistan, the Philippines, and Nepal have left, according to their diplomatic missions.

According to the UAE’s Central Bank data, local banks had withdrawn AED43.6 billion ($11.87 billion) of the regulator’s AED50 billion ($13.6 billion) Targeted Economic Support Scheme stimulus package launched to counter the impact of Covid-19 as of 18 July. Some measures to minimize economic crisis include:

July 30: Federal Authority for Identity and Citizenship discusses initiatives to restore normalcy and gradually ease restrictions due to Covid-19;

July 27: Government confirms the decision to resume the circulation of newspapers, magazines, and paper-based marketing material;

July 22: Visas of UAE residents stranded abroad will expire without exception, and those whose visas expire after July 12, have a month to renew the documents before fines begin;

July 6: Business tenants of Dubai Developments Group properties in emirate, including small firms and entrepreneurs, will be exempted from paying rents for a period from three to six months;

July 4: After being tested Abu Dhabi residents allowed to take 48-hour trips outside the Emirates. Commuters traveling to Emirates must be tested before they arrive at the border. 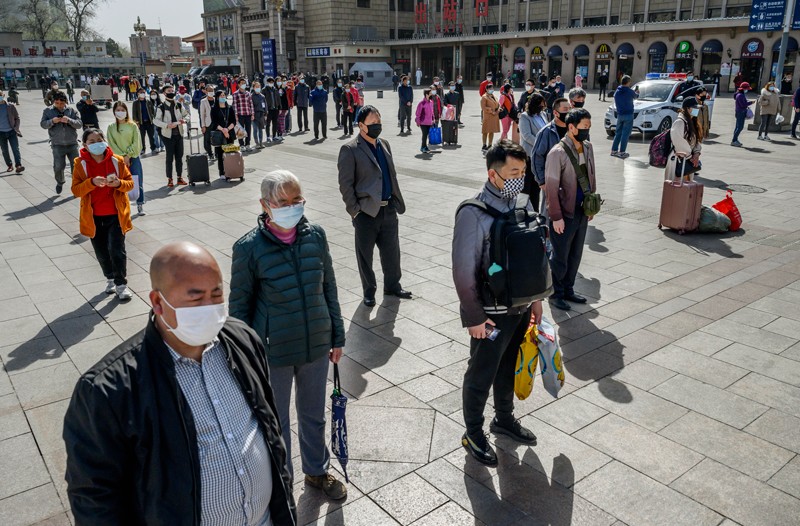