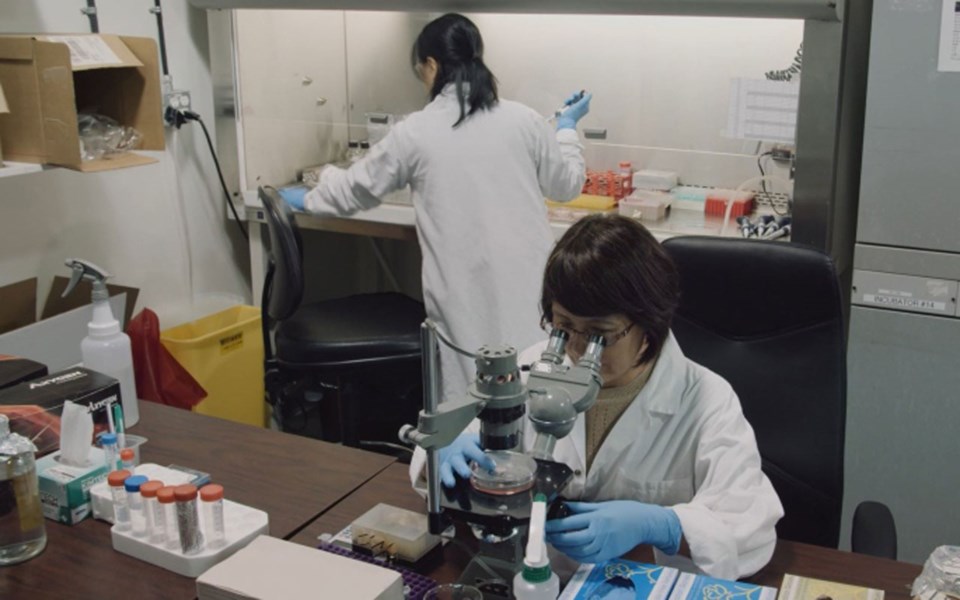 A Richmond biotech company is part of a Canadian coalition researching a type of antibody found in llamas that could be key to developing a COVID-19 treatment.

The Canadian Coalition for COVID-19—which includes Richmond-based SignalChem—has spent months developing and sequencing antibodies taken from the blood of a llama immunized against COVID-19.

The coalition is now making that data available to researchers around the globe for free in an effort to help accelerate the development of a treatment for the coronavirus.

SignalChem was approached by a Vancouver-based biotech company, NovoBind, earlier this year when the pandemic was still at its height in China, about forming the coalition along with other Canadian biotech companies, and launching the project, said SignalChem’s technical project manager Paolo Lobo.

Typically, said Lobo, when it comes to research or vaccine and treatment development, there’s a goal of making money or publishing in a high-end journal.

“As a result, people end up hiding or protecting their own work until its ready, rather than getting it out there for free so the quickest and most efficient progress can happen,” he said.

“The whole idea behind this is to just get it done and forget about the money, forget about publishing, and hope that it can make a much quicker impact.”

Nanobodies are fragments of antibodies, created by analyzing a genetic sequence, and llamas have been increasingly used by researchers for both treatment and vaccine development.

SignalChem’s strength is creating proteins, said Lobo, which is the first step in any immunization project.

The company created a COVID-19 viral protein—essentially a small portion of the virus, similar to a vaccine—which, in March, was sent to Ontario, where coalition partner Cedarlane injected the sample into Maple the llama (the llama, said Lobo, is fine).

Maple then created antibodies against the virus, and Cedarlane took a small blood sample from the llama to send back to B.C. in June, where it was used by NovoBind—which initiated the project and coalition—to isolate the antibodies’ genetic sequence in June and July.

“With those sequences, people can now make nanobodies that can, ideally, treat COVID,” said Lobo.

Antibodies work to bind a virus—such as COVID-19—and target it towards the immune system, which would then go forth and destroy the virus, said Lobo.

In this case, the nanobody has the same effect, acting like a socket that plugs into the virus so that it can’t invade the immune system. Its small size means that it’s able to get into areas that the larger antibodies couldn’t reach.

“And then, because (the virus) cannot invade, it’s basically floating around vulnerable to your immune system,” said Lobo. “A virus is very simple, if it cannot invade (your cells), it cannot replicate, and that’s it—it’s dead.”

Llamas create antibodies that are quite simple, said Lobo, in comparison to the more complex ones generated by people—imagine, he said, human antibodies as Optimus Prime, while llama antibodies are “just the arm that would punch (the virus).”

“So right off the bat, it’s much simpler than our antibodies, which is a really good thing for people who are trying to mass-make antibodies, because they’re more stable when they’re not that complex,” said Lobo.

It’s also much cheaper and more efficient to create nanobodies from llama antibodies, Lobo added, as opposed to “trying to assemble a full Transformer.”

“The antibody itself, it’s easy to break up into even smaller pieces that just bind the virus, and that’s all they need to do to stop it from invading human cells.”

Lobo said that these nanobodies, however, are more of a treatment for COVID-19, rather than a vaccine, as they won’t provide a person’s immune system with the information needed to develop its own antibodies against the virus—which is what a vaccine does.

The coalition has now released the 51 genetic sequences isolated by Novobind so that other researchers, including SignalChem, can perform tests to see if there is a “magic nanobody in there that is going to very nicely treat COVID”—meaning the nanobody is effective at neutralizing the virus so that it can’t get into a human cell—said Lobo.

“We hope there will be more people involved that will pick it up and start testing these sequences and see what they can do to try to get them to work,” he said.

While the sequences have been released under an open source model, researchers seeking access to them will be required to sign a pledge, said Lobo.

“(The pledge) says that if something huge comes of this, and we are able to make this amazing treatment, that it be available to everybody, including the places or people that cannot afford it, so that they don’t just have this amazing drug that is too expensive.”