Two cases of coronavirus infection in patients that had previously had the virus have been reported in Europe. 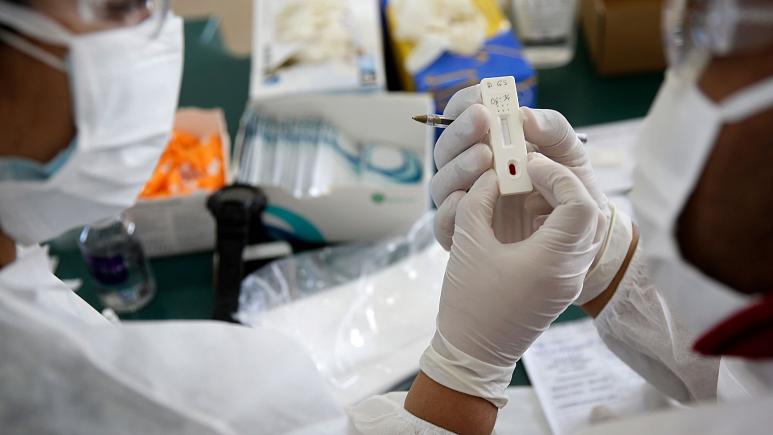 The news follows the first confirmation of a case of COVID-19 reinfection in a man in Hong Kong, who tested positive twice for the disease.

According to the University of Hong Kong, the man was reinfected four-and-a-half months after his first infection, suggesting the disease can infect multiple times.

Marion Koopmans, head of the Erasmus MC Department of Virology, reported on Tuesday morning a case of coronavirus reinfection had been confirmed in the Netherlands. It was reported by Dutch broadcaster NOS and the finding was confirmed to Euronews on the phone by a spokesperson at Erasmus MC.

Belgian broadcaster VRT also reported a case of reinfection had been confirmed in Belgium. It was asserted by virologist Marc Van Ranst, who said “it is not good news”.

“There are indeed enough differences to be able to speak of a different strain, a second infection,” he said of the case which concerns a woman in the city of Leuven, who was reinfected three months after her first case of COVID-19.

‘It was only a matter of time’

Experts have reacted with caution to the new findings, as it remains to be seen if these are rare cases.

An infectious diseases physician and epidemiologist, Dr Isaac Bogoch, told Euronews we should not necessarily be worried by the news.

“We knew this was bound to happen, it was only a matter of time, we certainly have one credible case now, there might be a few others, and we are going to see more,” he said.

“I think what’s promising now, we’ve seen at least with the case in Hong Kong, the person who was reinfected, this individual had no symptoms whatsoever.”

This means his immune system is likely successfully fighting off the infection once it encounters it for a second time, he said.

“We hope that that’s a lasting trend in people who are reinfected,” he added.

Dr Bogoch also was cautious on how these findings would affect the hunt for a vaccine. He argued that even if a vaccine doesn’t provide 100% protection against infection, as long as it mitigates the illness somewhat it could prove to save the lives of those most vulnerable to COVID-19.

How does COVID-19 affect climate change?